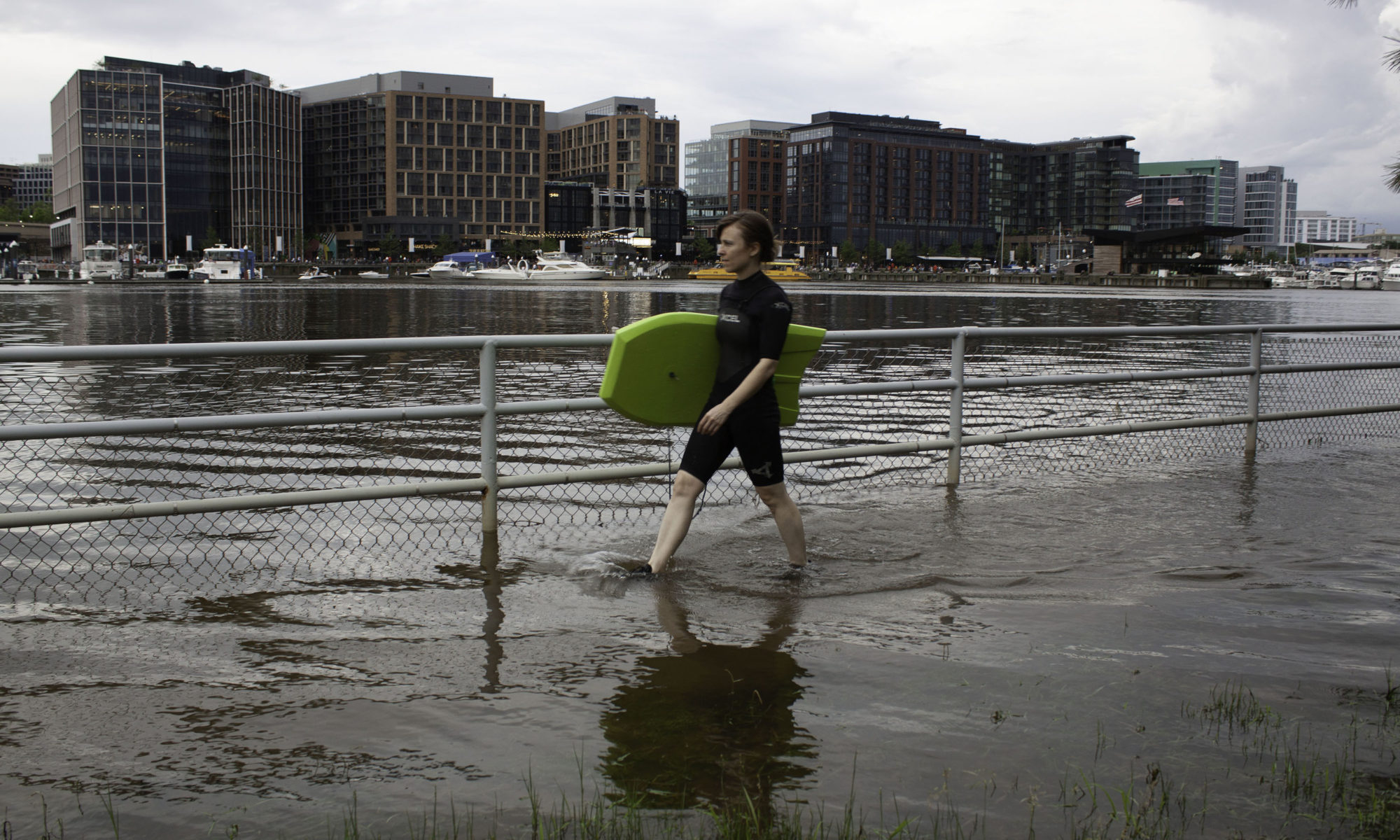 Over three weeks, I produced a series of performance actions that involved my wearing a wetsuit and carrying a bodyboard while walking for extended periods through areas that would be flooded if the sea level were to rise by six feet. I performed at least once in each state and province situated along the east coast from Washington, DC to Halifax, NS; locations included: Washington, DC; Baltimore, MD; Wilmington, DE; Atlantic City, NJ; Jersey City, NJ; New York, NY; New Haven, CT; Providence, RI; Boston, MA; Hampton, NH; Rockland, ME; Saint John, NB; and Halifax, NS.

While the majority of these were solo durational performance actions, the US portion of this project culminated in Rockland, ME, where Steel House Projects – a local independent gallery and a multidisciplinary art space hosted Provisions for Buoyancy to co-present a social practice workshop, two artist talks, a solo performance action and a group performance action with sites throughout the community including,  The Apprenticeshop – an experiential boat building and sailing school and The Island Institute – which works to sustain Maine’s island and coastal communities. The group performance action was created in collaboration with artist, choreographer and co-director of Steel House Projects, Alexis Iammarino and presented by Center for Maine Contemporary Art.

The Provisions for Buoyancy: On The East Coast, performance action series was documented using photo, video and journaling; updates were posted to the updates page of this website and shared regularly: