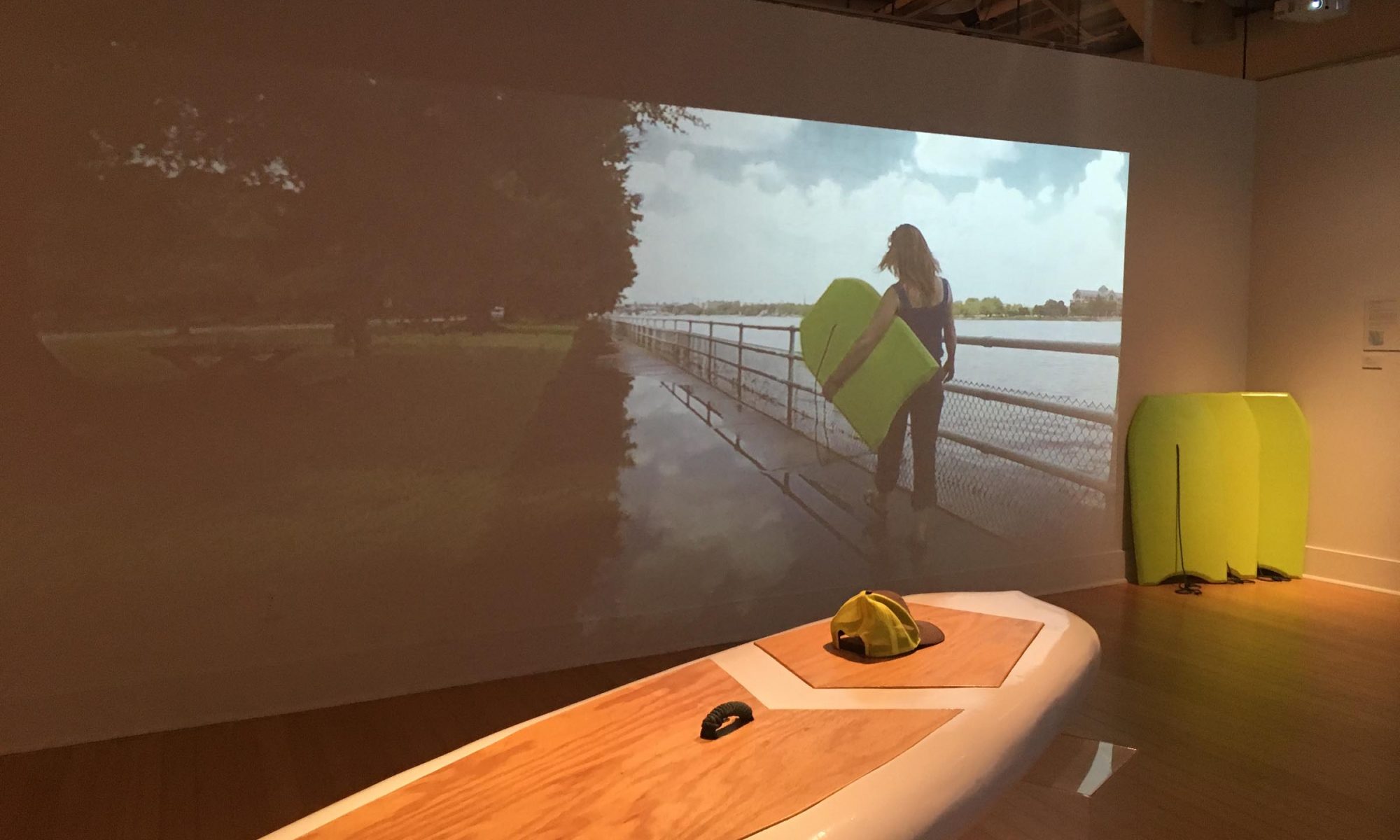 In January, an exhibition of the work I produced during the Bresler Residency was presented in Kaplan Gallery at VisArts.

It was during this four month Residency that I started this project, and worked with materials I salvaged locally from dumpsters etc. to create a number of provisions for buoyancy – such as a life jacket, life ring, bodyboards, a paddle board, raft etc, which I then used as props in a number of performance actions that involved my walking for extended periods through parts of Washington, D.C. that would be flooded with a sea level rise of six feet.

Here are some images from the exhibition at VisArts:

3 Replies to “Provisions for Buoyancy at Kaplan Gallery, VisArts”